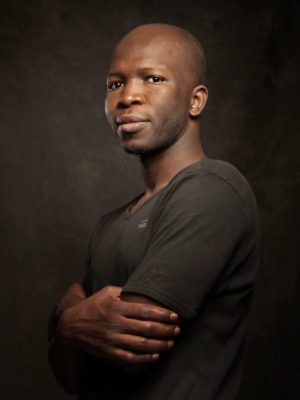 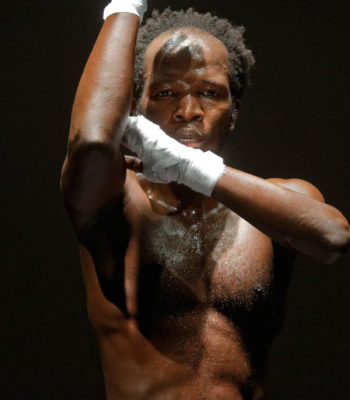 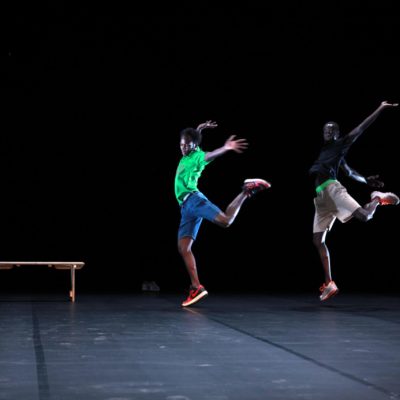 Alioune Diagne, is a choreographer and dancer born in Saint-Louis, Senegal, in 1982. Self-taught when he was young, he then practiced contemporary dance with Salia Sanou and Seydou Boro (Burkina Faso), Kettly Noël (Mali) , Germaine Acogny, Cire Beye and Hardo Ka (Senegal). After the creation of two solos (Blabla - 2008 and This line is my path - 2009), he got well acclaimed with the trio Banlieue (2012). This show for three dancers, recounting the daily life of the Senegalese suburbs, made a continental tour in more than 20 countries in Africa and Europe. His last show, Siki, is a solo inspired by the life of the first black man world champion of boxing, Battling Siki. Alioune also performed the solo Flora by ographer Kenzo Kusuda at the Korzo Theater (The Hague, The Netherlands). He also was selected to act in Fagaala by Germaine Acogny. Since 2007 in Saint-Louis, Alioune Diagne artistically embodies a project divided into three parts, allcarried by the Diagn'Art Association : The Duo Solo Dance Festival, the Diagn'Art Company, and Centre Culturel Le Château.

In this creation for all audiences, Alioune Diagne is inspired by the Senegalese tales of Leuk-The-Hare, a character who resembles the Fox in the european tales : he is clever, curious, joker, sometimes a bit naive and above all, in the midst of an initiatory route. When you're not tall, you have to be smart ! In this spectacle, Leuk is determined to discover the world. He goes on an adventure and makes surprising encounters on his way ... He meets Bouki-The Hyena , Anansi-The Spider, and Mbott- The Frog. Each interaction teaches or brings something to him. In the end, all of this learning served him as key to be able to go home and open a magic door…. Alioune Diagne wrote this duet in a modern, lively and pulsating narrative form. Through urban dances such as hip-hop, breakdance, popping &amp; locking, while using contemporary dance techniques, he creates a joyful and dynamic universe, full of surprises. The show confronts the initial settings of the savannah with the urban environment of today, in the daily life of African cities, with its noises and its new rhythm. The different reading levels make the show accessible and enjoyable for everyone !

This fascinating contemporary dance performance brings to life the spirit and history of Battling Siki, the forgotten Senegalese boxing hero. In Siki, every dance is a fight, and every fight is a dance. Siki was the first African to win the title of world boxing champion in 1923 in Paris. He fought on the ring, but he also fought against racism in his time, tracing his route through Europe and the United States in “Roaring Twenties”. Assassinated in New York at the age of 28, Siki lived a tumultuous and
extraordinary life. Its history is little known in Senegal, and even less in the rest of the world. This spectacle is a dialogue between dance and boxing, between yesterday and today, between watching and being watched, between Battling Siki and Alioune Diagne, two fellow citizens of the same age, a century apart.

Choreographer Alioune Diagne grew up in the Senegalese suburbs. Inspired by his childhood, he created his first group play Banlieue (Suburbs) in 2012. Driven by an incessant movement, the three dancers (Alioune Diagne, Seydou Camara and Madiba Badio) evoke despair, celebration and the revolt of life-survival. Banlieue (Suburbs) oscillates between funny frivolity and gravity, and shows a changing society. An inventive, generous and vibrant spectacle. During les Rencontres
Chorégraphiques – Danse l’Afrique Danse 2012 (Choreographic Meetings - Dance Africa Dance) in Johannesburg, the piece was a great success. In 2013, the show toured in 16 african countries, in La Réunion and in the Canary Islands in 2015.

4 Dancers, 4 Singers, 2 Comedians | 2014 Senghor, our Contemporary is a great fresco of dance, theater and song, which brings us into the poetic universe of Senghor, and his famous poem Black Woman. Created in June 2014 by Moïse Touré and Alioune Diagne, this spectacle is a platform for international artistic collaboration, where Burkina Faso, Cameroon, Senegal and France meet around a multidisciplinary work. Three Senegalese writers of three different generations : Amina Sow Mbaye, Sokhna Benga and Khady Touré, and a Burkinabé writer : Aristide Tarnagda, wrote the sequel to Femme Noire (Black Woman), sixty years after its publishing. What has become of it, decades later ? These texts served as inspiration for the choreographic work of Alioune Diagne, the staging of Moïse Touré and for the songs of the female choir under the direction of Gaëlle Mongo.